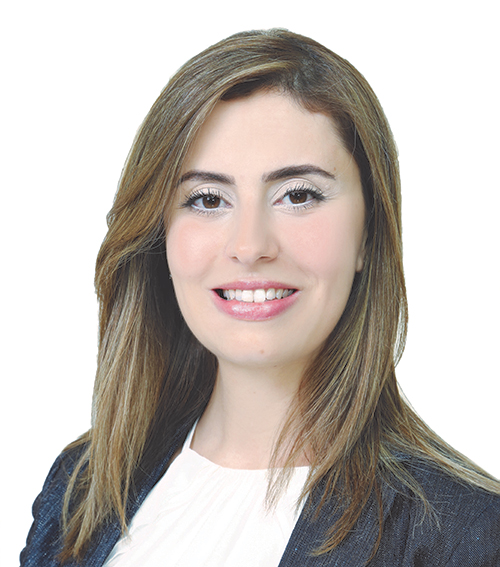 Rund is an energy expert and a water-environmental specialist who has been active ‎in the green sector since 2003. Rund earned her Master’s degree in Mechanical ‎Engineering/Renewable Energy from the University of Jordan. She stands out as ‎the first Master’s graduate in this specialty from a local University – with the highest ‎distinction (GPA 3.9). She holds a Bachelor’s degree in Water and Environment and ‎is a certified project management professional (PMP). Rund is a research fellow ‎with the Sapienza University of Rome. During her postgraduate studies, she ‎conducted an extensive field research with ENEL power and the University of Rome ‎at Italy’s biggest conventional and non-conventional power generation plants, one ‎of which was the Vatican’s solar installation. Rund is also a Fellow Engineer of ‎Lawrence Berkley National Laboratory and worked at the Buildings Technologies ‎and Urban Systems Department’s labs in San Francisco-USA. She is a US State ‎Department fellow and is a Techwomen Leader for the year 2015. She took part in ‎an intensive collaborative mentoring program at the Silicon Valley that was hosted ‎by the world’s top technology companies: Google, Facebook, Linkedin, Twitter, ‎Symantic, Apple, Mozilla, Theranos, among others. Rund was one of the first ‎winners of the International Institute of Education Award for Women in Green ‎Technology that was pitched at Google Inc.-USA. ‎

Rund has written many articles and research papers on Photovoltaics and energy ‎efficiency that were presented in several conferences. Many of her articles were ‎published in well-known scientific journals, online, and in local media outlets. ‎Added to that, she was the author and co-author of publications produced for the ‎benefit of prestigious institutions like RCREEE, Desertec University Network, and ‎Wuppertal Institute. ‎
Rund has ran for Jordan’s 1‎‏8‏th Parliament in 2016 during which she led a national ‎campaign aimed at changing patterns, breaking the norms, and expanding ‎women and youth inclusion. Her campaign was phenomenal as she used social ‎media tools and a candidacy bus that she called the “Bus of Ideas”. The bus toured ‎her constituency: the fifth district, one of the Capital’s most competitive districts. ‎She was close to winning, but lack of political experience and a tribal system meant ‎she could not make it to the Lower House. Yet, she won close to three thousand ‎votes – mainly cast by those thirsty for change.‎

Rund has worked with local, regional, and international institutions, governmental ‎and non-governmental, and donor agencies. Rund is the founder and owner of a ‎social enterprise and third party consultancy ‘Vectors for Renewable Energy and ‎Energy Efficiency”. The company provides services and energy options that are new ‎to the local market and which are vital in light of the country’s imperative transition ‎towards cleaner and more sustainable options. Clients include Mazda, Peugeot, and ‎Citroen.‎

Rund is now the CEO of EDAMA for Energy Water and Environment. She is a ‎political activist advocating for energy, women’s empowerment, social ‎responsibility, and education. ‎