Join Today
Denisa Fainis Solar Path to the Board 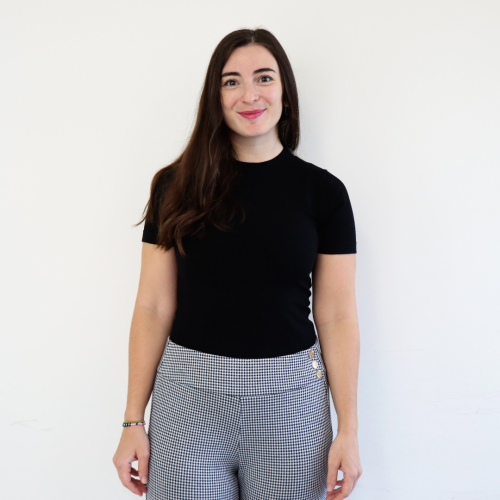 In September 2021, elections were held to appoint a new general secretary board member. Based on votes by MESIA members, Denisa Fainis, Business Development Manager at Jubaili Bros, won the election and is now a part of MESIA’s family. To know more about her solar journey within the industry, an exclusive interview was held this week.

Welcome to MESIA’s family! We’d love to know how your story in solar began and in the region?

My journey in the energy business started almost 6 years ago, when I joined Jubaili Bros Group. They were a generator supplier for my previously company while I was in Afghanistan, and by accident, I met the Jubaili family long after I got back. At the time, the new generation of the family was considering entering the Renewables space, and they needed some help with putting our name out there. This was late late 2017 for me.

What do you think has changed the most since then?

There’s a palpable evolution since I joined the solar industry. The EPC’s have better defined roles in the solar space, as do the developers, financiers, and even the authorities. When I first started getting a grasp of the industry, the EPC’s were unsure what type of projects they were doing, what size, locations or what their full scope was. I can notice that now, EPC’s have started specializing somewhat whether it’s residential projects, C&I, utility, or offgrid, ongrid and hybrid. The supply chains are better structured, there’s availability of stock in the market, technical support, and there’s a plethora of brands to pick from, compared to a few years ago when only a few players dominated the market. This in turn has made the procurement more affordable and a more pleasant experience.

How do you perceive solar to evolve in the next 5-10 years ?

With the assistance of the local authorities, and companies establishing a good coverage of the region, I can see cooperation sprouting . Governments are considering different options, it’s just a matter of time to be implemented depending on their own Clean Energy Strategies and aspirations.

How would you describe solar adoption in the MENA region over the years? How do you see it evolve?

I’ve been able to see first hand companies adapting and adding renewable energy into their portfolio. I see a lot of construction companies now offering solar as an add on, whether it’s a solar lease or financing projects. Companies that are specialized in agriculture are now offering solar to improve their production. Developers making use of water surfaces, carports, real estate developers retrofitting homes. I see it evolve, however everyone needs to join efforts and start somewhere. The local governments support is crucial.

How did you discover MESIA and why did you want to be a part of its board?

I found out about MESIA when my company became Dubai Shams certified, and I was doing studies on some of its members. Eventually I became more familiar with it during the networking events and the newsletters and solar reports. I could see a lot of work goes into everything. For the last 3 years I was considering nominating myself for the “Solar Woman of the Year”, and I never felt I did anything notable to be considered. When the opportunity to submit my candidacy for the “Secretary General” position came up, I figured maybe I was looking in the wrong place and decided I could really make use of my network and experience to contribute to the association.

Why do you think MESIA is important for the solar industry in the region?

It’s important that stakeholders in the region have a hub and provide the opportunity to meet, engage, and share both their challenges and opportunities. This in turn fosters the adoption of better practices in the industry, as I’ve seen many times. Whether they’re looking for an employer, a supplier, consultants or industry updates, the association has built an ecosystem that facilitates the conversation.