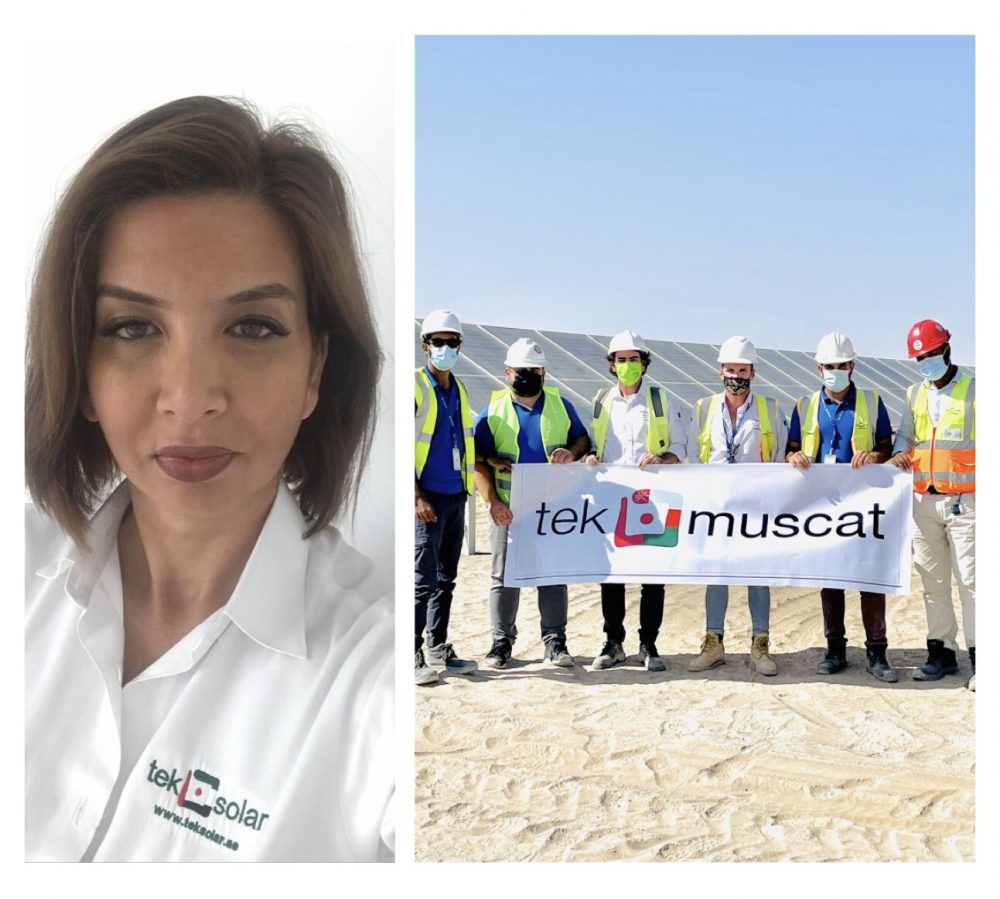 The Oman Power and Water Procurement Company (OPWP) has plans to procure a total of six solar and wind powered plants aimed at delivering a total of around 2,650 MW of renewables-based capacity by 2024. The expected growth in the energy sector drove key players into the Omani market. Reflecting on the opportunities the country will attract in the next coming years, MESIA had the pleasure to interview Armita Bayat, MENA Region Manager at TEK Solar to highlight the company’s plans in having a strategic presence in Oman’s solar market.

1- Why is the Omani market important for Tek Solar?

The decision of TEK Solar board to enter in Oman was made to consolidate the company’s leadership in the PV solar market as a reliable subcontractor for Piling and Mechanical Works. As main partner of the major EPC Contractors and approved Subcontractor of the largest IPP companies in the Middle East, our organization achieved the installation of nearly 1 GW of power across the MENA region. As TEK Solar, we gained notoriety on the market for our high efficiency and for the work performances of our mechanical installation. Our work commitment and punctuality for delivering the job made us a leader in the Middle East.

Established in Dubai since 2016, TEK Solar has built approximately 50% of the Mohammad Bin Rashid Solar Park in Dubai and has a strong presence in Jordan and Egypt – with almost 350 MW of installed power in both countries.

For our company, Oman represented the most important challenge of 2020. Despite all the restrictions and difficulties due to COVID-19 pandemic, TEK Solar have successfully set a strong presence in the largest IPP project in the country and installed 110 MW (out of 500 MW) of the total power. Furthermore, TEK Solar supported the EPC Contractor by supplying an additional quantity of pile driving machines that were assigned to other piling local subcontractors on site, to complete the project on time.

This has been possible because, 2 years ago, TEK Solar became the sole worldwide distributor of MGI, an Italian brand specialized in manufacturing pile driving machines for solar mounting systems. This partnership is giving an additional boost to our company’s growth worldwide. In fact, TEK Solar have already sold 7 machines in Oman, as those assets will be particularly useful for the Omani solar market expansion.

We started to consolidate our position in the MENA region and have been actively involved in the solar market in Oman as it is exponentially growing. TEK Muscat, the Omani company of the group, has been involved in several tenders and is bidding to be present in Manah, a large IPP project that is now under tender.

2- How are the current changes in regulations supporting solar deployment and what does the future of solar look like?

We are looking at the developments of the energy sector in Oman since 2016, the year of our establishment in this region. The growth of the electricity demand and the strategy to have 30% of renewables by 2030 was the key reason behind our decision to establish our company in Oman.

Many factors are playing a significant role in the attraction of companies involved in renewables in Oman. Those factors include, increase in energy demand, investments in transmission lines, industrial plants, as well as water and IPP projects. Foreign countries are also given the opportunity to fully own projects that is providing an incentive to invest in the Omani market.

Our strategy is long term in Oman. Our aim is to become a company specialized in the construction of PV plants – as main subcontractors for the large scale IPP projects- as well as EPC contractors for small utility scale and industrial projects. Ultimately, we want to establish a stable presence in Oman for TEK Muscat while generating job opportunities for the local market.

Investments in Oman are expected to increase, especially with the incentives the country is providing. Solar projects are on the rise and companies, just like TEK Muscat, will seize those opportunities to grow and expand their presence in attractive markets like Oman.

Tek Solar LLC has been established in Dubai since 2016. Tek Solar is one of the sister companies of TEA TEK group founded in 2009 in Italy.

TEA TEK group is working in the water sector, renewables energy and industrial automation. The companies, with more than 1000 employees, have at their disposal a patrimony of technical skills to operate at all stages of the plant realization, from design to commissioning.